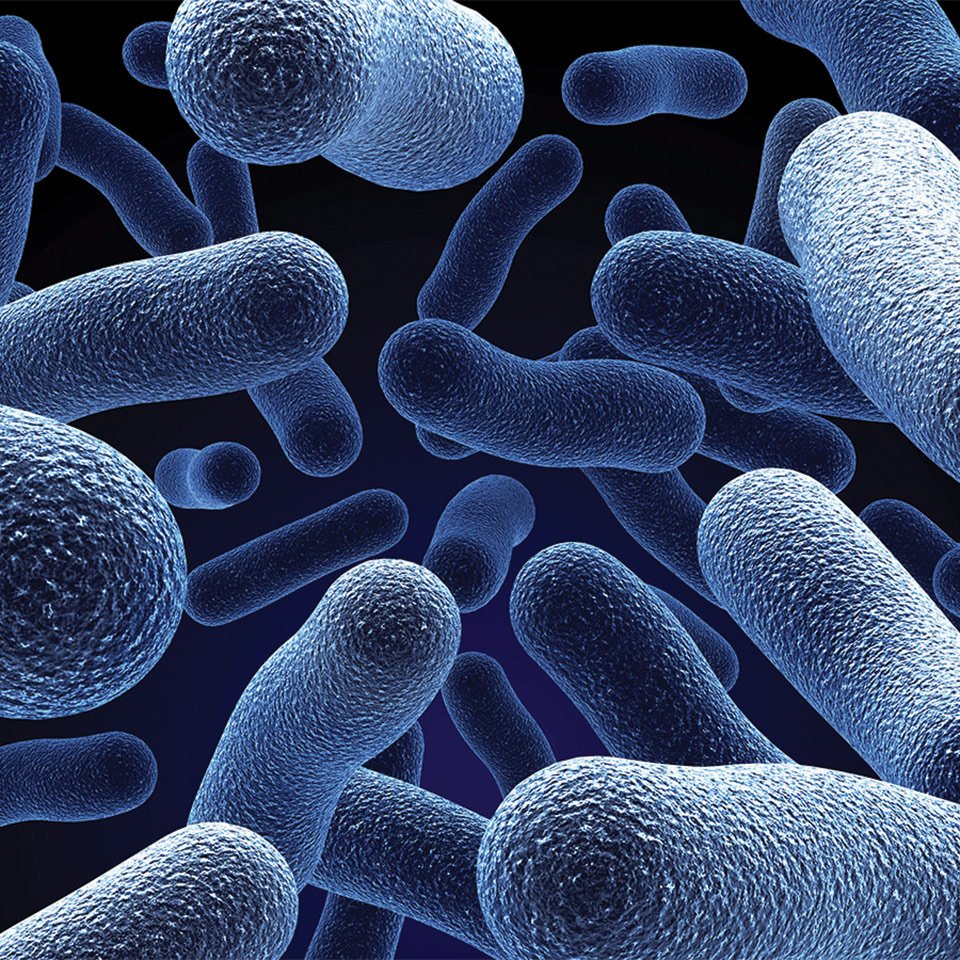 The microbiota is a fundamental part of our body and our pets. Along the following paragraphs we will explain what diseases are associated with a damaged intestinal flora and we will shareu 10 tips to regenerate it.

The microbiota is the set of microorganisms that colonizes our body and our pets’. Bacteria, viruses, fungi, protozoa and even archaea are found covering surfaces such as skin, mouth, digestive tract, nose, genitourinary system, inner ear and even the respiratory system. Such is the number of them, they far exceed the number of cells of their host (between 10 and 100 times more), so, today, they are considered an “organ” of the body.

Both in humans and in dogs and cats, the initial colonization of these microorganisms occurs during labor (although there are still controversial studies in which bacteria have been isolated in the amniotic fluid during pregnancy). The populations of intestinal bacteria, in those first days of life, vary considerably due to breastfeeding. It has been proven that it is through breast milk that the flora is transferred to the offspring or to the baby in a more stable and efficient way, being the first factor of microbial development (more so than natural birth).

Just as breastfeeding favors the selective growth of certain bacteria, the completion of lactation also implies a change in the microbiota. From the first year of life, the intestinal flora is usually equated among all individuals of the same species, being the variations derived from the diet, the main cause of changes in that intestinal population (followed by age).

There are other factors, besides feeding and age, that can alter the microbiota and favor the growth of undesirable microorganisms, thus generating a dysbiosis. Some of those factors are:

And what repercussions can a damaged flora have?

There are numerous studies that associate dysbiosis with a myriad of pathologies. To give you an idea, we have seen a strong relationship of an altered intestinal flora with:

Taking care of and recovering the intestinal flora is essential for the health and well-being of our dogs and cats (as well as ours) since it is a key part of the organism, which performs vital functions that nothing else performs. We summarize some of them:

Modulating function of the immune system: Regulating function of the nervous system:

In Dingonatura, when we prepare our food, we are very aware of the importance of the microbiota for the health of our dogs and cats. To help you take care of and recover the intestinal flora of your pets (and of course yours), here you have a series of tips:

At present, several studies are being carried out to try to identify with precision the microorganisms present in the digestive system of pets, but the results are sometimes contradictory (probably due to the different methodologies used). This makes the choice of the best probiotic for your dog or cat more complicated (although in Dingonatura we give you some clues (link to probiotics) for it). And if you want to delve into the field of microbiota in pets, we recommend the article by Amanda B. Blake and Jan S. Suchodolski; research published in Frontiers; as well as the study carried out with cats  and its equivalent in dogs by Hiroaki Masuoka and collaborators.