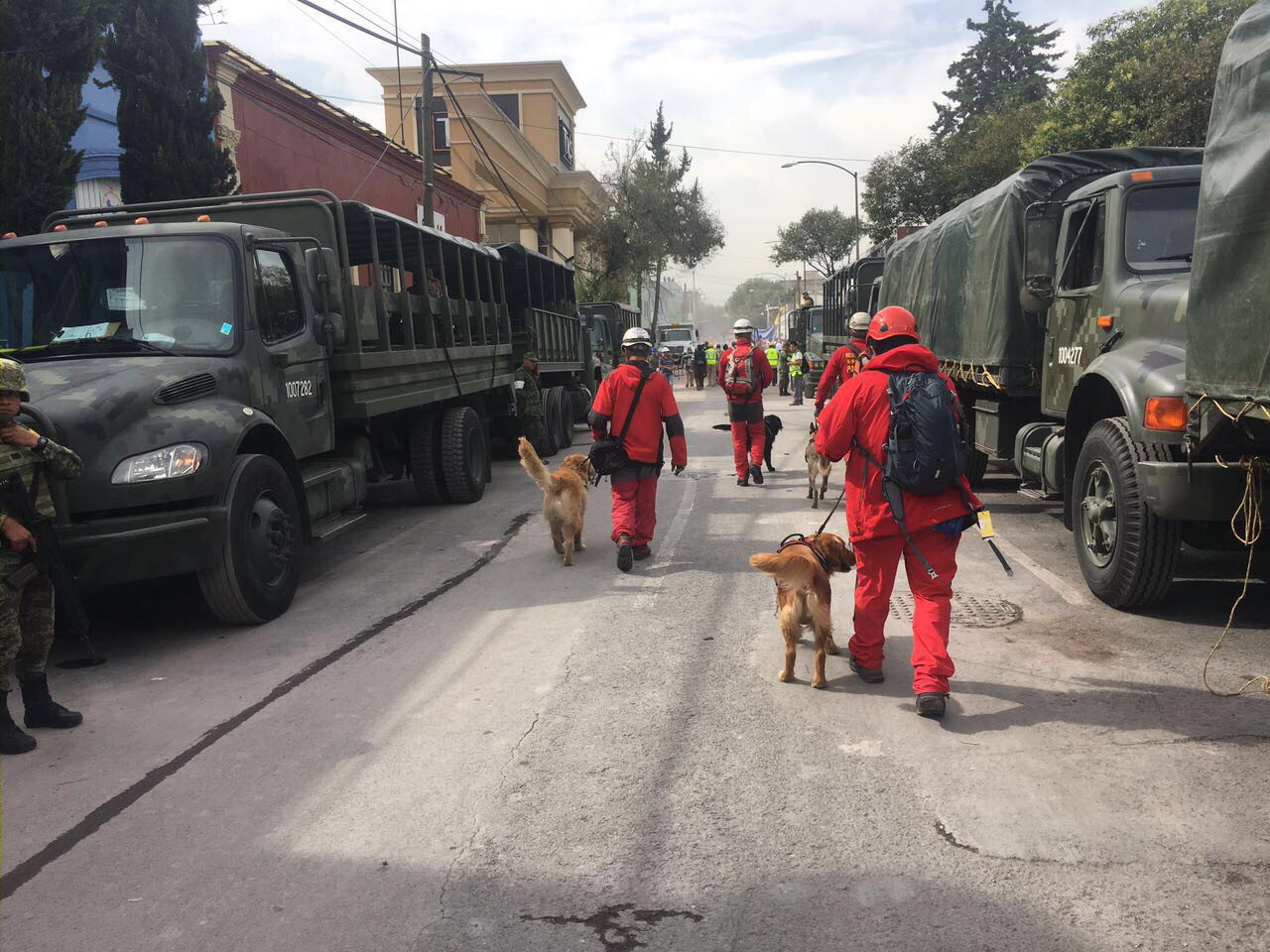 Dogs are useful to society, there is no doubt about that, but one of the best examples illustrating the great role they fulfill is rescue operations during disasters.

In Spain, we have various groups of rescue dogs, and the most internationally renowned is the K9 of Creixell, led by Pedro Frutos, who has been working and training experts and their dogs for help in disasters for 23 years. At present, K9 dogs are at the Mexico earthquake, trying to locate people under the debris. They arrived in Mexico City last Friday 22nd, and they will be involved in humanitarian work there for 10 days. The commando consists of 9 people and 8 dogs and, thanks to the University Rovira y Virgili of Tarragona paying for their plane tickets, they are tracking the affected areas and with the possibility of buried people.

In Mexico, the solidarity aid team Lions is lending the logistic support they need.

When given a search request, the dog tracks a demarcated area and barks if it perceives a person alive under the debris, and barks and digs if the person is dead. Without stopping running, going up and down and sniffing, they end up each day exhausted, the eat and rest until the next day, when they start their laudable job over again. A well-trained dog can track one hectare in 30 minutes.

Dingonatura, as sponsoring company for the rescue dogs of the K9 of Creixell for over 6 years, is proud of the job these four-legged heroes who have gone all over the world to different disasters. Dingonatura provides these dogs’ food on an ongoing basis, providing special food when they travel to any country in which they are needed.

The K9 of Creixell organization is an NGO founded in May 2005 and its goal is to collaborate in search and rescue tasks along with other institution members, the civil guard, civil protection, etc. The rescue of people buried under the debris or rockslides via dogs trained for that reason is their most requested expertise.

Their participation in earthquakes in Afghanistan, Pakistan, Indonesia, Filipinas, Morocco, Perú, Haiti, Chile, Italia and, most recently, Brazil, has been recognized by governments and the media worldwide. Moreover, they are part of Inter-SOS (Organization for relatives of missing persons) and they altruistically organize weekly searches of missing people.

Their headquarters is in Creixell, Tarragona, but they provide service all over Spain.